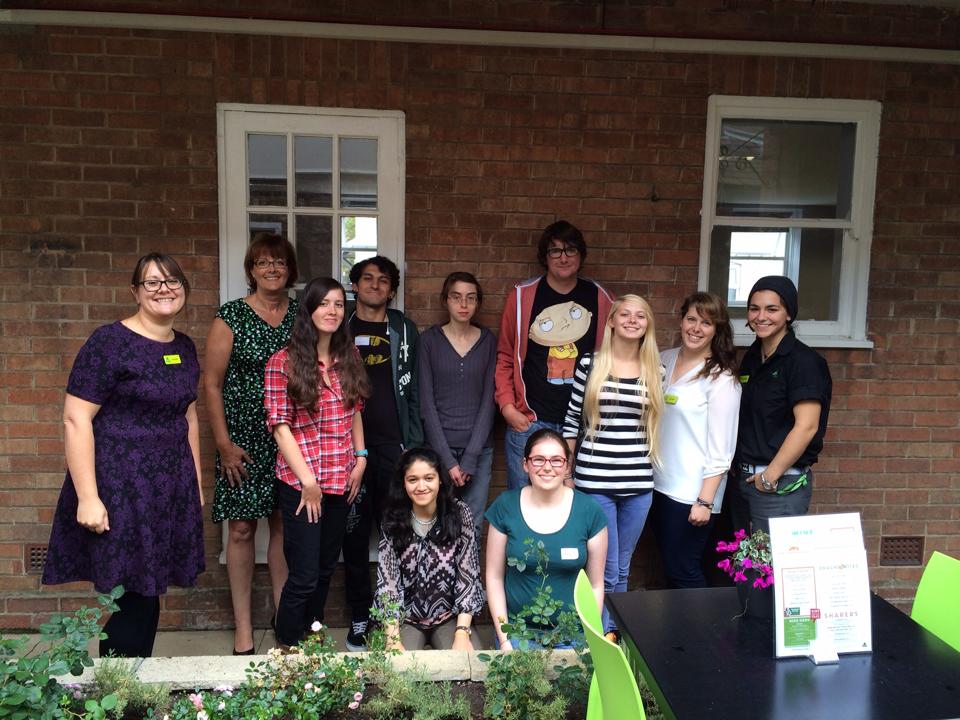 At 1pm on 31st August 2014, I and six other young people (ranging in age from 16-24) gathered in the sunlit conservatory at YHA York, ready for the second Base 25 conference. I was due to start my first term at the University of York in less than a month, so this was the perfect chance to visit the city for the last time before I actually moved in, and hopefully pick up some useful skills along the way.

We spent the rest of the afternoon proving that there is no better way to get to know each other than painting an entire conference room and some downstairs toilets. There was a very relaxed atmosphere with the radio on in the background and the ability to chat to each other as we worked. It was tiring but an immensely satisfying team effort. Some of us also helped clean the conservatory’s windows outside in the sunshine, which was a welcome break from everyone being squeezed into the slightly-too-warm interior of the toilets.

Even after we had eaten our evening meal (provided for free along with our accommodation and the next day’s breakfast and lunch) we still had to clear up and wipe excess paint off the floor. Eventually, we put our mops down and collapsed on the sofa in the conference room, exhausted and ready for bed. I think by that point it was around 10pm.

Then it was suggested that we should go out and explore the city.

A quick dash to our rooms to change out of our paint-splattered clothes and put our coats on, and we were off. I think the original plan was to go on a Ghost Tour, but once we arrived in the city centre we discovered that it was £4 per person and there wasn’t one due anytime soon. And anyway, it was spooky enough just looking up at the gargoyles on York Minster. I made the mistake of pointing out that they resembled the Weeping Angels in Dr Who, then one of the others muttered, “Don’t turn around. Don’t blink” which got us all completely freaked out.

After wandering around the quiet medieval streets for a while, we ended up in the 24 hour McDonalds, and finally arrived back at the hostel shortly after a nearby church clock had struck midnight. It had been a really fun night out, in my absolute favourite city (where even now I feel privileged to live), with a group of people who already felt like good friends although we’d known each other less than twelve hours. I just hoped Fresher’s Week would feel like this (spoiler alert: it really didn’t.)

The next day was a packed schedule of conference activities, including a workshop provided by Young Advisors, and the chance to ask questions and get CV-writing advice from Caroline White, CEO of the whole YHA network. She gave an inspirational talk on her own experiences of going to university and applying for jobs, emphasising the importance of taking whatever opportunities life throws at you.

Base 25 is a brilliant example of such an opportunity. Sounds clichéd, but I can’t recommend it highly enough. It’s helped me grow in confidence and meet so many amazing people, including my boyfriend Ollie who contacted me the night after the conference and…to cut a long story short, by the time this blog is published we’ll have been together five months.

Whether you’d like to gain volunteering experience, make new friends, or just want some free food and accommodation, Base 25 is for you. The next conference is from 27th February to 1st March 2015 at YHA Leominster – I can’t wait!

YHA Has Been Taken Over!