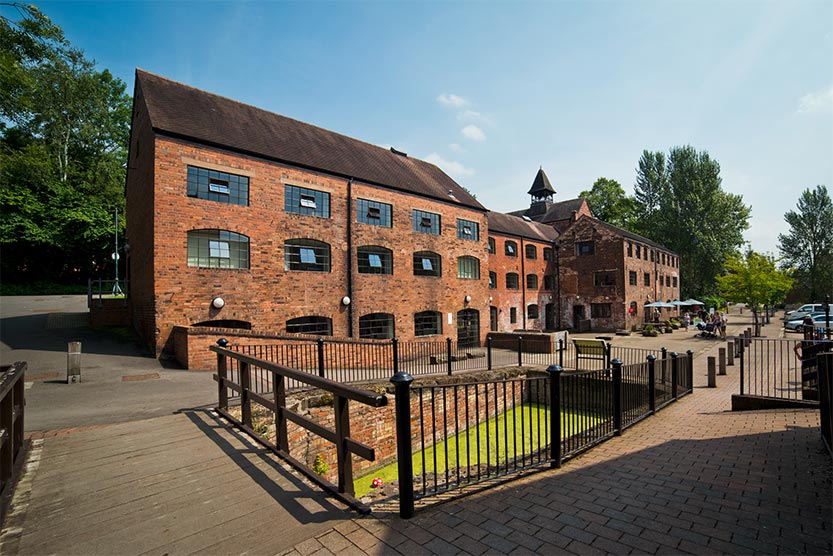 Between the 22nd and 26th June I completed my DofE residential in the Ironbridge area through the YHA. On arrival at the Coalport hostel on the Monday, I was shown to my room and then taken to the classroom where I met the other participants. Including myself, there were 10 of us all together – eight girls and two boys. Our group instructor who led us through the week was Yvonne and she began by getting us to do ice breakers.

Afterwards, we created a meal plan for the week and went to Tesco as a team of 10 to shop for all the things we needed. We planned the meals carefully to accommodate the vegetarians and everyone’s specific likes and dislikes and also came back with a mountain of biscuits. Thankfully, we managed to not run out of food for the week and everyone seemed happy with what we cooked.

After dinner, we played a game of Articulate which helped us get to know each other a bit better. Sensibly, we decided to go to bed at a reasonable hour in order to prepare for the following morning.

On Tuesday morning we had an early start and had to be ready to get a taxi at 9am. We travelled through Ironbridge to Coalbrookdale, where the other Youth Hostel was situated. This was where we would be painting every day and we quickly took to the area well. Fortunately, the sun was shining and we had a few radios to amuse ourselves too and so the work didn’t seem so bad.

At the Youth Hostel there was an old school building that looked quite shabby and run down and this was where the main focus of our efforts would be. We began by sanding and washing the outside of the building, which was quite laborious work. Then afterwards we began with the first coat of white paint. Instantly, with each stroke of paint, you could see a stark difference in the wood and so we all found painting quite a satisfying job.

As it was so warm, the paint didn’t take long to dry but whilst we were waiting, we could take our lunch break and sit on the warm grass. We also began painting all the brown fences too as we had some extra time.

On Tuesday night, after dinner, we had a planned walk into Ironbridge which was two miles away. After a picturesque walk we arrived at the first ever iron bridge in the world, where Yvonne was waiting for us to take a photo. We also had the opportunity to explore the town a little, including the shops and chippies.

Wednesday morning began like Tuesday, and when we arrived at Coalbrookdale Youth Hostel we had other jobs to do as well as painting the gloss coats on the school house. In addition to this, a team went inside to paint a green corridor white and I split into a group that painted the main front door poppy red. Whilst we waited for coats of paint to dry, we could apply the second coats of paint to the fences too. We also had to attempt to paint the window frames which required a step ladder and a very steady hand.

Wednesday night consisted of a movie night up in the bell tower in Coalport Youth Hostel. Luckily we had had the foresight to buy popcorn and ice cream so we were well stocked up on snacks for our cinema. We then spent the remainder of the night in the lounge.

Once again on Thursday, we travelled to Coalbrookdale to do the finishing touches to our various jobs. This included a second coat in the corridor, glossing round the door frames and painting all the ledges and doors of the school house red. After our lunch break we then tidied the place up, including scrubbing the floors of the paint we’d managed to splatter everywhere.

In the afternoon, we walked to Enginuity which was a museum for technology. This included various interactive activities and other interesting displays but we eventually all drifted over to the café where we could rest from the day’s work. Once we had returned to Coalbrookdale, we then completed a treasure hunt that was all over the surrounding area. Thankfully it wasn’t too difficult, and we completed it in time for dinner.

After we had eaten, we decided to go to the nearest pub as a group seeing as it was our last night. Chatting together made us realise how lucky we were, that we all got on so well and we decided to keep in contact and stay friends.

By Friday, the weather had turned for the worse just as we were leaving. In the morning, as a group, we had been set the challenge of creating a new treasure hunt and so we used our skills together to try and make a more challenging one. Once we had returned it was approaching lunch time, and one by one we began to make the journey home.

On making the long journey back to Scotland, I realised how much I would miss the people that I had spent the last week with. Also, upon comparing the before and after pictures of our work, the spoils of our time and effort were clear. On the whole, I consider myself extremely lucky to have picked such a good residential and would happily do it over again.

Volunteering in Spain
Scroll to top