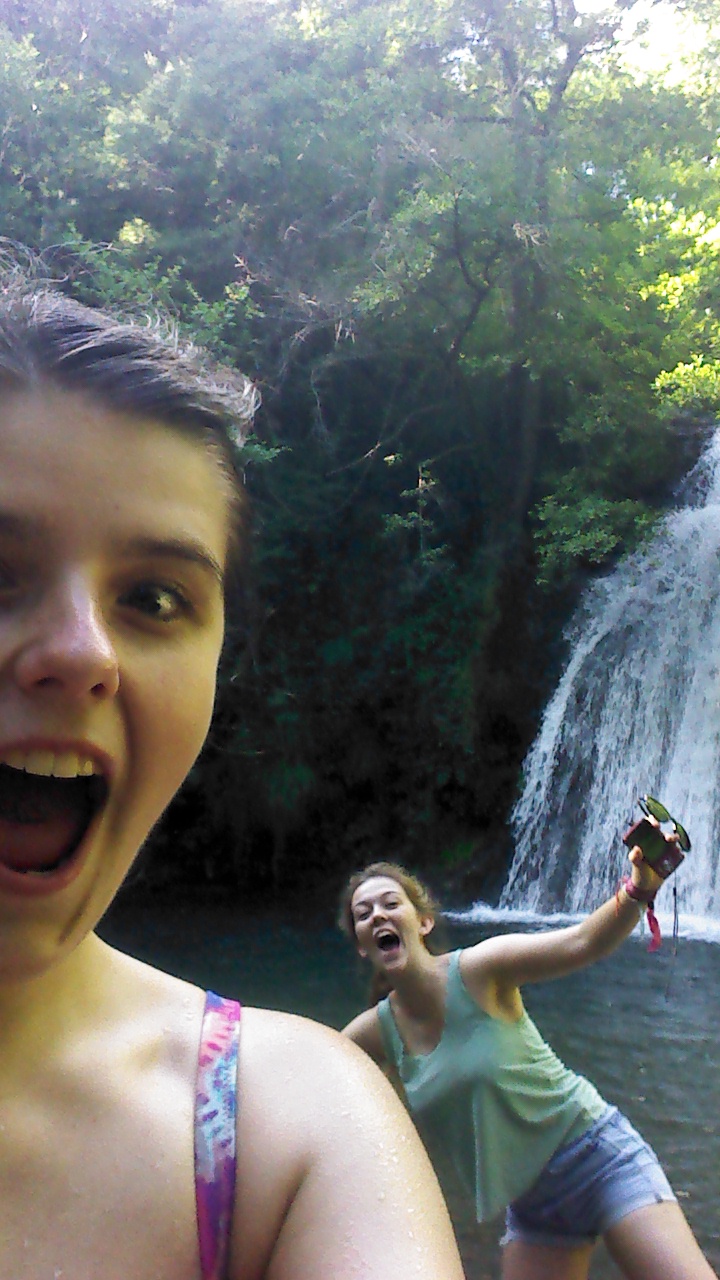 YHA sent five enthusiastic volunteers to our Spanish partners in Sant Joan de les Abadesses, near the Pyrenees. The volunteers had a great time and blogged, tweeted and Facebooked about their experience. Eleanor from Nottingham talks about her experience…

Although this volunteering opportunity was very different to the one originally planned, I had an amazing time and I’m really glad that I decided to go. Despite the last-minute planning and confusion about transfers to the hostel once we were in Spain, the travelling went smoothly and although it was raining when we finally arrived in Ripoll (the nearest big town) we were all still very excited to see where we were going to be staying, and most importantly get something to eat! Xevi was very welcoming and in the week we spent at his hostel he was always happy to help with anything and couldn’t have made us feel more welcome. I felt a bit guilty that none of us spoke any Spanish or Catalan, but his English was luckily good enough for there to not be a massive language barrier.

As volunteers at the hostel, we were expected to do a number of morning and evening shifts in the hostel. The main responsibilities were to prepare the dining hall for meals, and make sure all the kids had their food (there was a Kid’s Camp going on at the hostel while we were there) and that the room was tidied up afterward and dishes were washed. The morning shift also included cleaning windows and bedrooms and emptying bins. While none of these jobs were particularly exciting, we were never alone while doing them and the other volunteers (from the nearby village) were friendly and accommodating. I also learnt a few phrases in Catalan from a woman working at the hostel at mealtimes, and she really enjoyed hearing us recite the words we managed to remember.

One of the morning shifts for me was in the kitchen of a nearby restaurant. The hostel itself had no kitchen, so this restaurant supplied all the food. I had a good time there as the family who ran it were very friendly, and showed me around. Unfortunately they didn’t really speak English but it didn’t matter because they just chatted away to me in Catalan/Spanish and I pretended to understand!

When we weren’t volunteering we were free to do whatever we liked really, and near the hostel was an amazing waterfall which we went swimming in. The village of Sant Joan de les Abadesses was very old fashioned with really old beautiful houses and I enjoyed exploring there. One day we all had off, but we chose to spend it with the Kid’s Camp. We did an orienteering exercise around the village, and then went on a long long uphill hike to have a picnic at the top of a nearby hill, with an amazing view of the Pyrenees. Then we all headed to the outdoor pool in Sant Joan to enjoy the sunshine and go swimming. It was a good chance to chat to the kids a bit and encourage them to improve their English, while they also taught me some Catalan.

Ximena, a girl who lives in Sant Joan and was also volunteering at the hostel, joined the five of us on our day trip to Barcelona (which was a nightmare to plan but we sorted it in the end!). She studies there so knows it very well, and that was really useful because we got to see a lot more of the city than we would have otherwise managed. The weather was really good for the trip and we saw lots of the sites, it was very interesting especially since none of us except Daniel had been there before.

On the last day we had a disco with the kids, taught them the cha cha slide, and learnt some Spanish dances too. It was a great way to finish off an amazing week, and tired us out nicely so that we could sleep through most of the travelling to get back to England.

Thanks to Kate for organising the week so last minute, and the only thing that would have made it better would have been if you could have joined us.