The very first Youth Hostel was opened in Germany in 1909 by school teacher Richard Schirrmann.

Twenty years later, following a trip to Germany, a small group of pioneers opened Britain’s first Youth Hostel. The national organisation was established the following year and, by Easter 1931, 11 hostels were open.

YHA is a child of the Great Depression. The welfare of Britain’s growing urban population was a serious concern in the early 20th century. YHA’s offer of affordable accommodation was an antidote to the poor air quality, cramped housing and harsh conditions of inner city life. It gave young working people an unprecedented opportunity to spend leisure time in fresh air and open countryside, on a scale only previously possible for the wealthy.

During the Second World War the number of YHA members doubled. By the 80s, the needs of the modern-day traveller were changing and YHA went through significant development in this era: introducing smaller, private rooms, improving facilities and adopting a professional management structure.

Since 2011 we have invested over £37 million in our hostels. We have refurbished our treasured historic buildings, improved facilities network-wide and acquired new properties to add breadth to our offering. 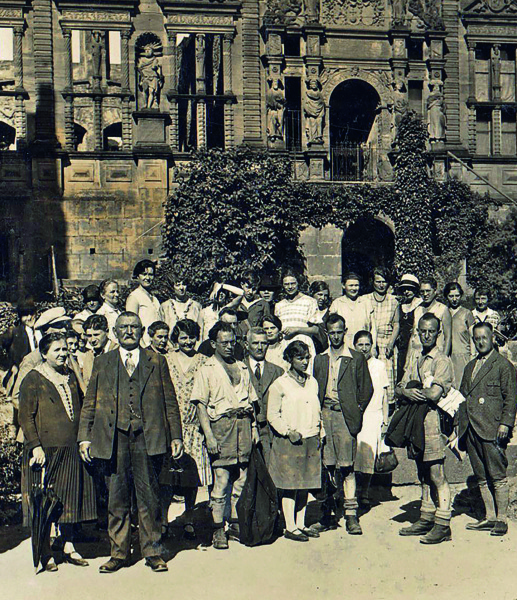 Today, YHA provides great value accommodation in towns and cities, as well as in the countryside and on the coast. We offer premium and family en-suite rooms as well as dorm rooms. You can have a whole hostel to yourself on YHA Exclusive Hire or enjoy a quirky stay at one of our YHA Camping & Cabins sites (you can even take your dog to selected locations).

Times have changed – and we have changed with them – yet we have always stayed true to our core mission: To inspire all, especially young people, to broaden their horizons, gaining knowledge and independence through new experiences of adventure and discovery.

YHA’s Historical Archive is now publicly available at the Cadbury Research Library at the University of Birmingham.

We are always looking to expand the archive through new acquisitions and continue to collect materials at YHA National Office in Matlock, for transfer to the archive in stages. You can find an interim archive catalogue online here. If you would like further information about how to add to the archive please get in touch.